scroll
Home > Blog > SAFe Applied > You Want to Train Everyone? Don’t Be Ridiculous!
< Go Back

You Want to Train Everyone? Don’t Be Ridiculous!

Those familiar with SAFe may have noticed that we did not launch our Agile Release Train with a Quick Start. One reason for this is that we started our train before the first SPC class was held and flying Dean Leffingwell to Melbourne to launch our train exceeded my non existent consulting budget!  However, it was not just SAFe training that we overlooked. We provided no class room training at all to the newly formed train. We assumed most of the team had been on Agile Fundamentals and used Unity Day as an opportunity for learning through play.

Almost a full year after we launched our first Agile Release Train, I travelled to Boulder, Colorado for the SPC certification class being led by Dean Leffingwell.  I returned from Boulder full of energy and bright ideas on how to improve our Release Train and towards the top of the list was running SAFe training for everyone. However, if last year had a theme it was deliver, deliver, deliver and taking time out to train people never really seemed practical. As the year came to a close and we started scheduling the Christmas break, my leadership team decided I should run SAFe Scrum XP the first two days of the new year. I squirmed. It had been 10 years since I had delivered any formal training. Did I still have what it takes? What if I made a fool of myself? While I was panicking, the team was planning and the next thing I knew it was a done deal!

My reluctance paired with my tendency to procrastinate created a perfect storm. From the last weeks of December right up until the first day of training I walked a fine line between the last and least responsible moment. The first time I looked at the courseware it was the last business day of 2013. The next time I thought about it was 31st December, when my subconscious rudely interrupted my Bali holiday by reminding me that I needed to have the courseware printed before the class - which was only 2 business days away! Returning to Melbourne on January 1st, I spent the first business day of 2014 trying to find an open printshop. All I can say is “Thank God for Officeworks!”

The weekend was spent reading the courseware,  preparing my speaking notes and sniffing! No, my lack of preparation had not driven me to tears - I was getting sick. Never one to be deterred by illness I soldiered on. Opening the class, I explained that I understood that many of them had been with the train since the beginning and while they may feel they knew the material, these two days were going to be about creating a level set and ensuring shared context. Then I asked how many of them had been on Agile Fundamentals training. Less than a third! My heart sank and the sense of guilt was overwhelming. How had I not known this? Why hadn’t I been more proactive about this training? Of course with a class of 30 students and a packed two day agenda, I had to park the guilt and focus on the task at hand. So I did.

The two days flew by, even with my slight cold turning into something a little more debilitating and my voice all but disappearing. The energy and enthusiasm of the group was inspiring. They questioned the material, debated its application and agreed on a multitude of standards that they wanted to apply to themselves and EDW delivery going forward. I could not have been prouder. 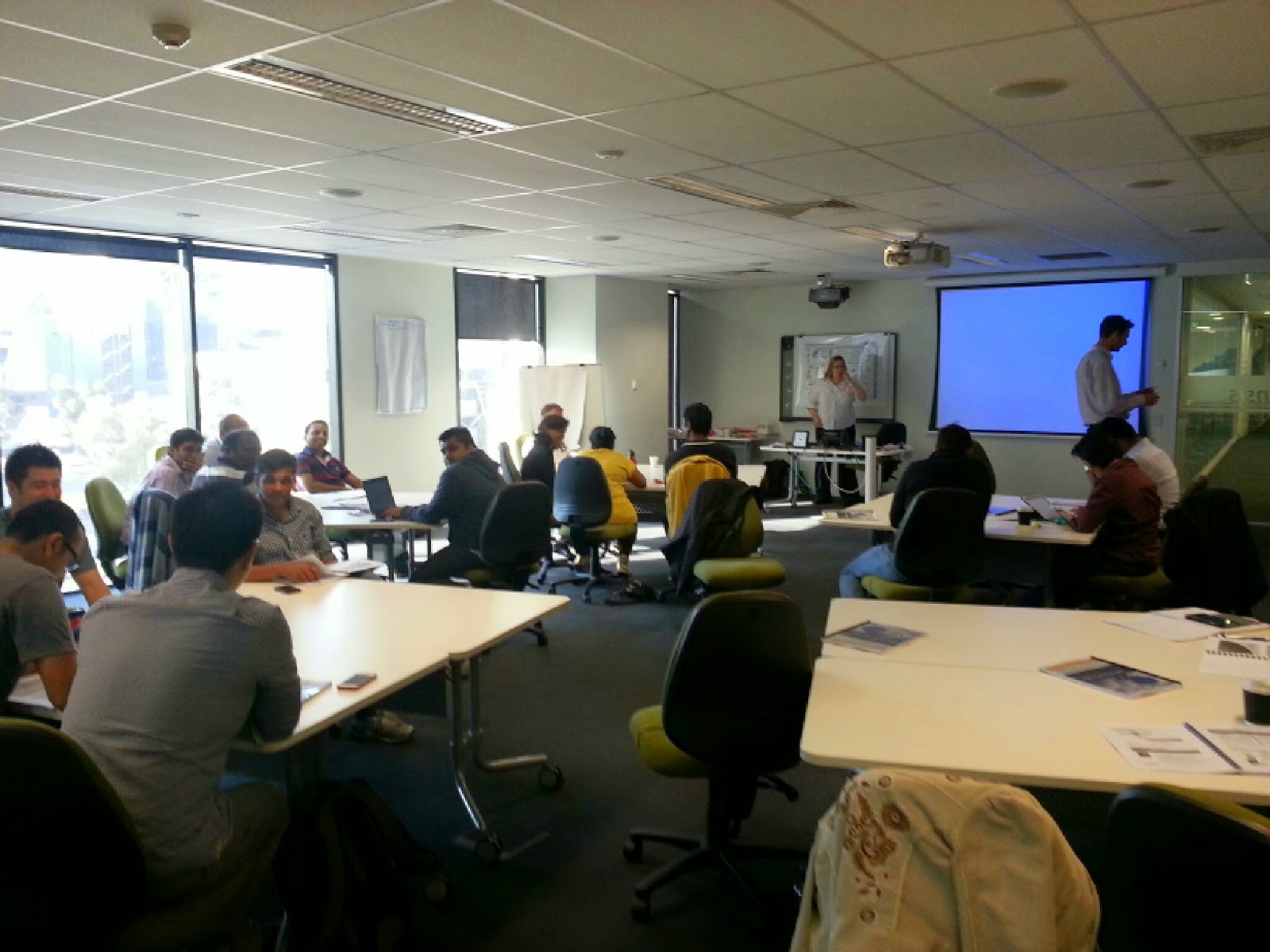 The two days of training was followed by three days at home in bed. As it turns out, training when you are sick makes you sicker! The most disappointing aspect of this was that I wasn’t in the office to feel the vibe created by the training. It had all seemed to go well, but the proof was going to be seeing what if anything changed when everyone went back to work.

From this small two day investment, we created a renewed appetite and platform for learning, an increased sense of camaraderie and more empowered teams. The feedback from the ScrumMasters was that the training had created a thirst for information. They found that their teams were more open to new ideas and eager to learn more. Concepts that we had struggled to embed were becoming common practice.  Again, proving the power of understanding “why” when implementing change and providing me with the motivation to run the session again for those who missed out.

Facilitating the training heightened my consciousness that most people on the EDW Release Train did not come from agile software development backgrounds. Despite our best efforts, much of our agility in our first two years as an Agile Release Train came from our amazing culture of collaboration, rather than agile technical practices.  The agile people we did have did not come from data warehousing backgrounds, so there was a constant tension between the data warehouse practitioners and the agile practitioners. While this was a healthy tension that evolved our practices, it pales in comparison to the uplift from training everyone.

In hindsight, I realise that “train everyone” was always high on my list of “things to do” when asked about transitioning to agile. I would often given this advice to others, forgetting that I had not exactly followed it myself.  Having now been through the exercise of training everyone I would emphatically reiterate my earlier comments and add that skipping this step is one of my few regrets about our approach to launching the EDW Release Train.

On the flip side training an established highly collaborative team was incredibly fertile soil. Our experience echoed that conveyed by Hackman in his book Leading Teams:  “...merely arranging for training to be delivered to an intact work team (rather than to individuals who will work in different teams) significantly expands the team's available pool of knowledge and expertise and makes it possible for members to draw more efficiently on their peers' knowledge and expertise.”  The end result being a team of data warehousing people, freshly trained in agile and lean principles, full of energy and ready to figure out how to apply them.

Regardless of whether you choose SAFe or some other flavour of agile do not underestimate the power of creating a shared language and common understanding of the possibilities that lie ahead when you are leading a change initiative. As I have begun to expand my experience beyond the EDW Release Train and work with other organisations on rolling out SAFe, I am more and more convinced that training everyone is the first step in changing mindsets and creating the appetite and opportunity for real change. In the words of W. Edwards Deming: “Massive training is required to instil the courage to break with tradition. Every activity and every job is a part of the process."