In February 2013, +Gojko Adzic hosted a one day workshop with a number of Agile thought leaders who are passionate about “Building the Right Thing”, including +Mary Poppendieck, +Jeff Patton, +Karl Scotland, and +Chris Matts among others. After some discussion on the various techniques they had been using such as Impact Mapping, Story Mapping, Lean Canvas, Real Options and Feature Injection, the group decided to focus on the commonalities with a view to creating a shared message: 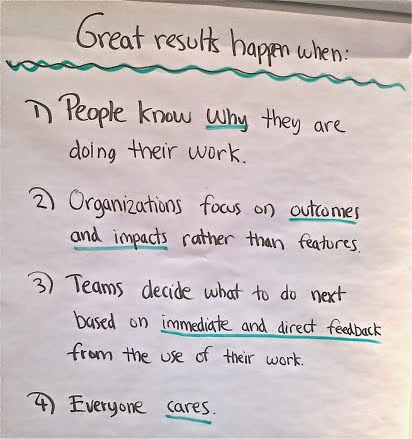 The idea that great results happen when people know why they are doing their work really resonated with me. I’m sure this is a large part of why I fell in love with impact mapping.  In Impact Mapping, “why” (aka the goal) is at the centre. Getting the goal right is the key to a good impact map, but it is not always easy.
I was recently working with a group that was struggling to articulate the goal for their project. I felt going into the impact mapping workshop I would need a powerful technique to get the stakeholders thinking about what they were hoping to achieve through the program of work they were about to launch. As I dug into my agile toolkit, I remembered a conversation I had recently had with +Mark Richards.  He had introduced the Pixar Pitch as an alternative to the Elevator Pitch in some of his Agile training courses and he had been super excited about it and how rich the outputs were. Maybe I could use this approach too…

I messaged +Mark and tested the concept. “I’m thinking about using a Pixar Pitch to help clarify the vision before starting the impact map. I think it might make a good lead into the discussion about why / the goal. Thoughts?” His response: “It’s great value, but takes bravery. Be ready for the sniggers before the aha’s.” Sniggers?! What did he mean? I was about to facilitate a workshop with some very senior business people at my very new agile consulting gig! Then I decided I should practice what I preach. As Agile coaches we push our clients out of their comfort zones every day. It was time for me to push my self out there.
At this juncture I should probably pause and explain what a Pixar Pitch is. In his latest book, To Sell is Human,  +Daniel Pink, outlines “six promising successors to the elevator pitch” including the Pixar Pitch:

The Pixar Pitch as outlined by  +Daniel Pink is actually an adaptation of Kenn Adams’ Story Spine:

Now, back to my Impact Mapping workshop. After setting the scene for the workshop +Jean Tabaka style, I decided to rip the bandaid off and dive in feet first to the Pixar Pitch exercise. I explained that a Pixar Pitch was an alternative to the Elevator Pitch and it was the formula used by Pixar to pitch their films. I then revealed to the group the Finding Nemo Pixar Pitch I had written up before the session and hidden behind a piece of butcher paper:

I’m not sure if anyone sniggered but I saw a few amused smiles. Pushing through the potential embarrassment, I quickly asked the group to divide into two teams of five with an equal split of business and technology stakeholders. Then gave them 15 minutes to write their pixar pitch.

I knew from +Mark that I should expect great results, but I never imagined how amazing the pitch written by the executive sponsors team would be. With permission, I have shared it below:

Once upon a time…
There was a very long queue at the University’s student contact centre with lots of new students (some of whom were frustrated by the queue).
Every day…
Data management services received a sisphysian pile of papers (which were received after much work logging papers + batched + dispatched….) and occasional papers would get lost, or data would be entered incorrectly. Sometimes huge boxes of papers dropped down from Singapore and other far away places.
One day…
The students rebelled! They demanded access to manage their enrolment online themselves – make this problem go away. We want access to Blackboard immediately, not after a few weeks! They also want credit to appear immediately, and wanted to know their timetable earlier so they could organise their work hours, child care and other parts of their life. (“Study is only part of my life!”)
Because of that…
The University’s numbers dropped, staff were leaving! “Yikes!” said the University! We better listen to the students and fix their problem once and for all.
Because of that…
The Academic Registrar and her team developed a roadmap, got funding and IT were engaged. And a spell was cast and made all of the enrolments process invisible – got the info they wanted, never had to go to the University’s student contact centre, never heard of the Academic Registrar’s team. Enrolment ongoing throughout their life cycle was seamless – they didn’t need to be here physically to manage it. No more queues!
Until finally…
The only time they went to the University’s student contact centre was to engage with them for high value services (and meeting other students who might become their future significant other).

While the business was not quite convinced of the value of the Pixar Pitch, they conceded it was good fun. From a technology standpoint the delivery team loved it. It gave them the “why” they needed to get excited about the project. And from a facilitation standpoint it lead us to the goal. And ever since then I have used a Pixar Pitch to kick off my Impact Mapping workshops.

Please note: No clown fish were harmed in the creation of this blog post. 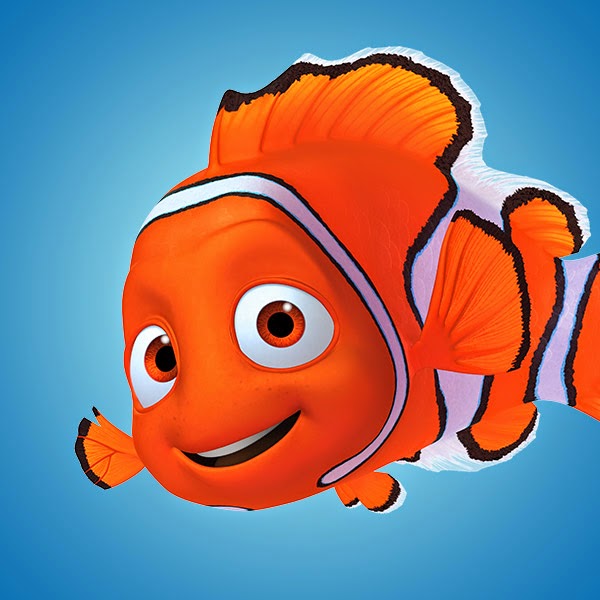