Time to catch another train...

Get in Touch
Em Campbell-Pretty
May 27, 2014
Category:
Tribal Unity

The time I spent leading the EDW team at Telstra has been the most incredible experience of my life. I have worked with some truly extraordinary people who made every day fun (even when it was very challenging!) I will be forever grateful for the opportunity I was given, as a business person, to lead and grow a struggling delivery team into a world class Agile Release Train.

As the General Manager responsible for the launch of the EDW Release Train, I was invited to speak at conferences across Australia and the United States. I got to share our story and inspire others to take the next step in their agile journey. During my travels I met so many of my agile heroes, I felt like I was leading a truly charmed existence. Finding agile and the agile community has changed the course of my career.

So after almost ten years at Telstra, over three years of agile and two years of SAFe, I said goodbye to my beloved EDW Release Train. On my last day my fabulous team blew me away with their heartfelt goodbye. It was Unity Day with a farewell to Em and +Wayne twist. Things started out in their usual way with “shout outs” and a ridiculous game called Torpedo, the point of which was to “have fun”. 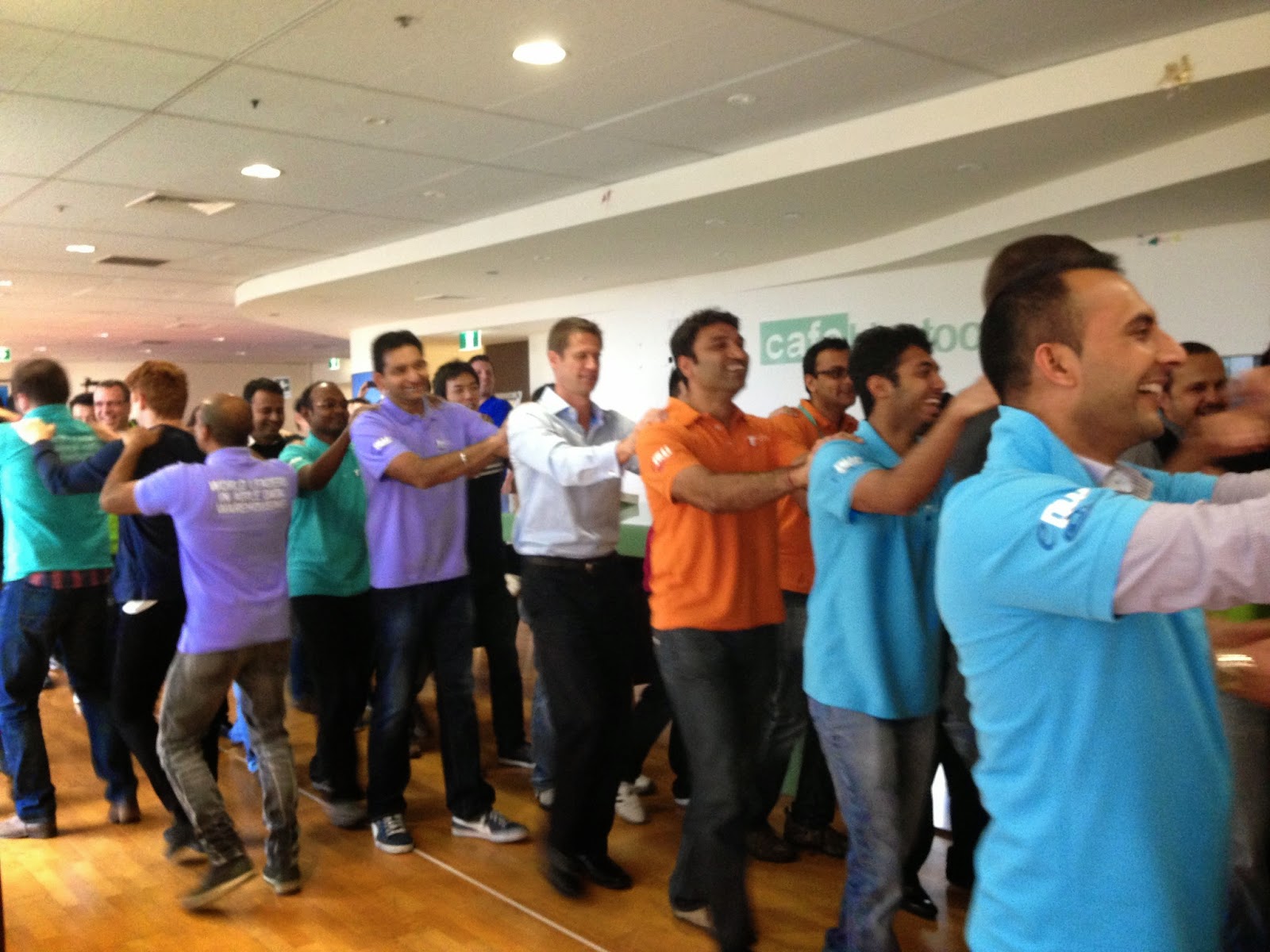 Apparently the joke was on me as we went from fun to more fun, depending on your perspective. Kanban Chanman (+David Chan) sat me and +Wayne down for one of his traditional fireside chats.  I unfortunately was completely speechless. Every time I went to answer one of Kanban’s well rehearsed questions all I could do was try to fight back the tears. 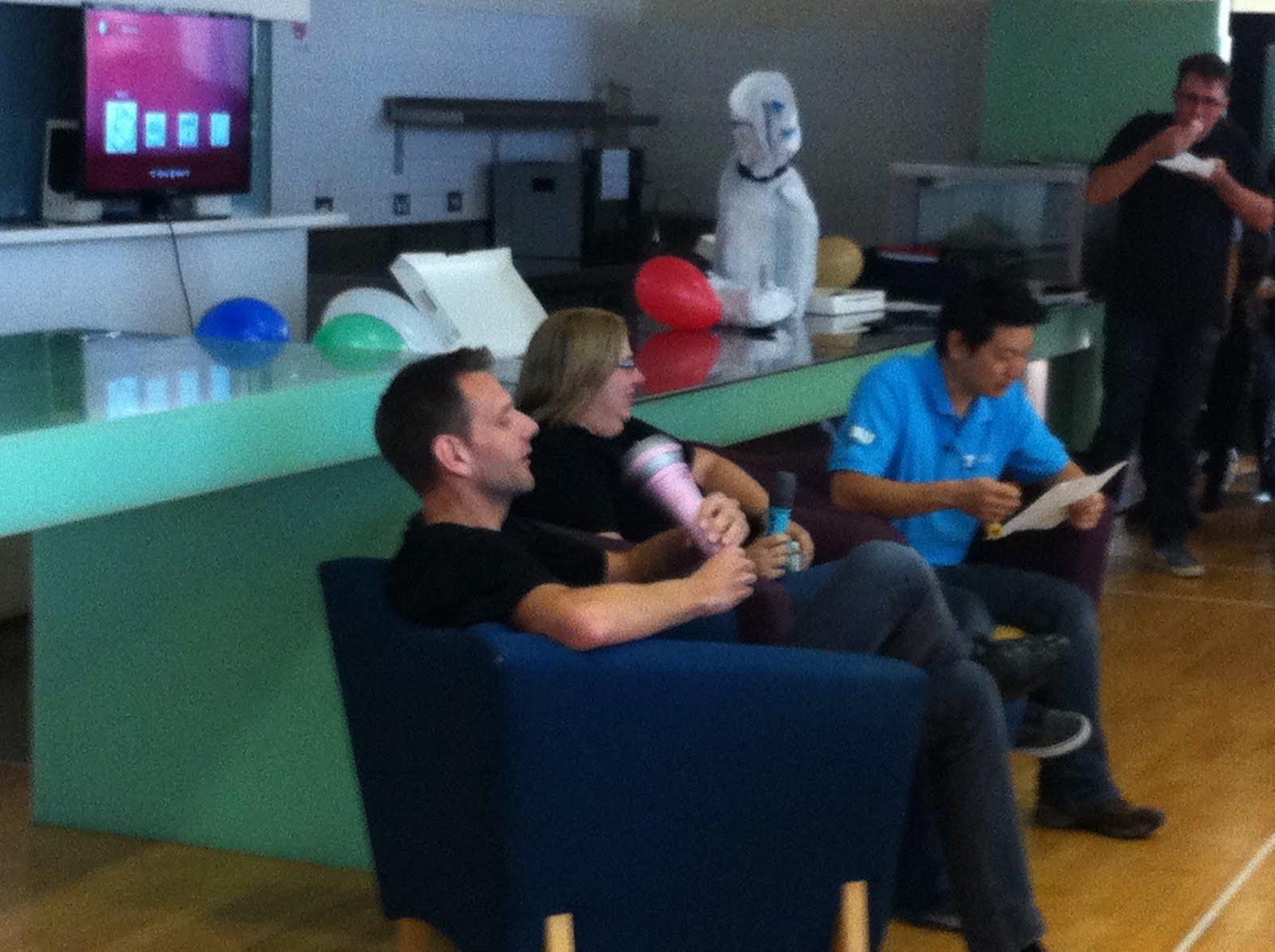 According to the team that was only one side of the story. Over the prior few days they had been capturing their version of events in a +Battino and +Innes feature film entitled “Sporadic Improvement”. This 15 minute mockumentary opened with footage of  +Luke imitating Wayne, then moved on to +Megan imitating me! It was full of “in jokes” that filled the team with laughter at the film’s premier showing that morning. There were also some incredibly touching moments as people shared their memories of working with me and +Wayne. The film closed with the most heart wrenching farewell speech from my 2IC +Megan Anderson.

Note: This video contains a lot of in jokes and plenty of explicit language.
Not suitable for viewing by minors!

By this time it was becoming very clear to me that my team is clearly a sadistic bunch. With tears still streaming down my face, my boss of five years, +Julian Hebden was invited to take the floor and had his turn at making me cry. 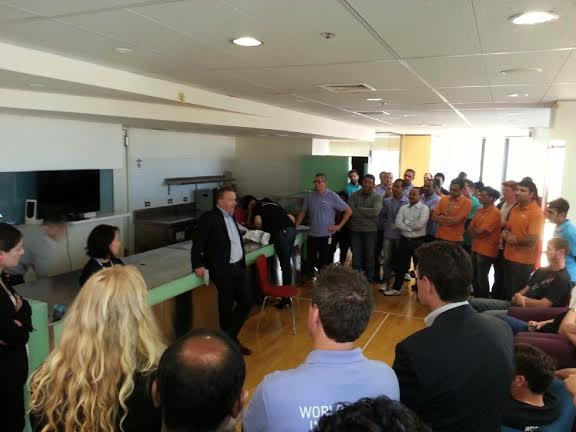 The morning closed with a goodbye gift, wrapped in an A0 Scaled Agile Framework big picture. A polo shirt with “The Original and The Best EDW Release Train “ printed on the front and everyone’s avatar’s on the back. Again I was speechless. 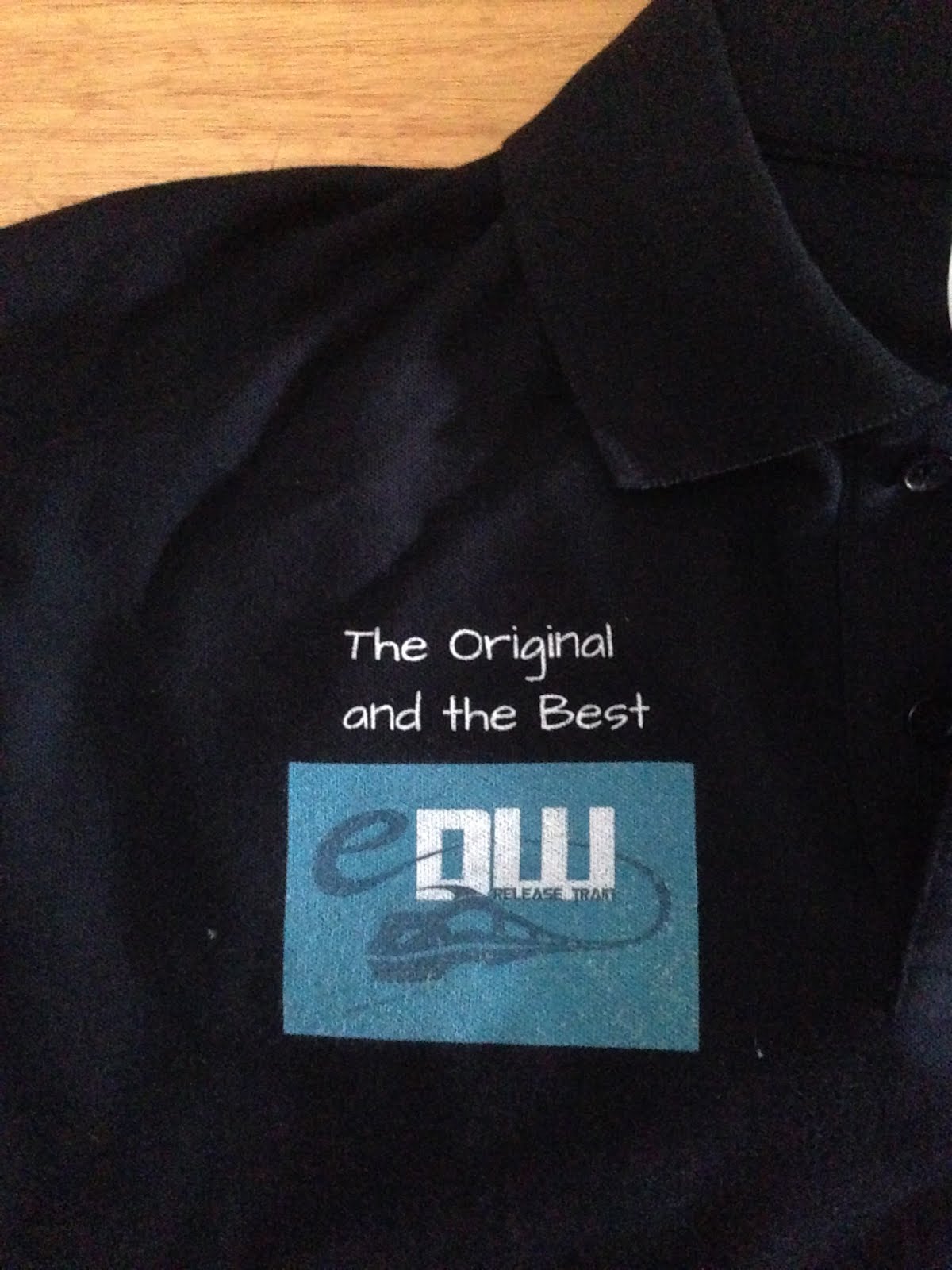 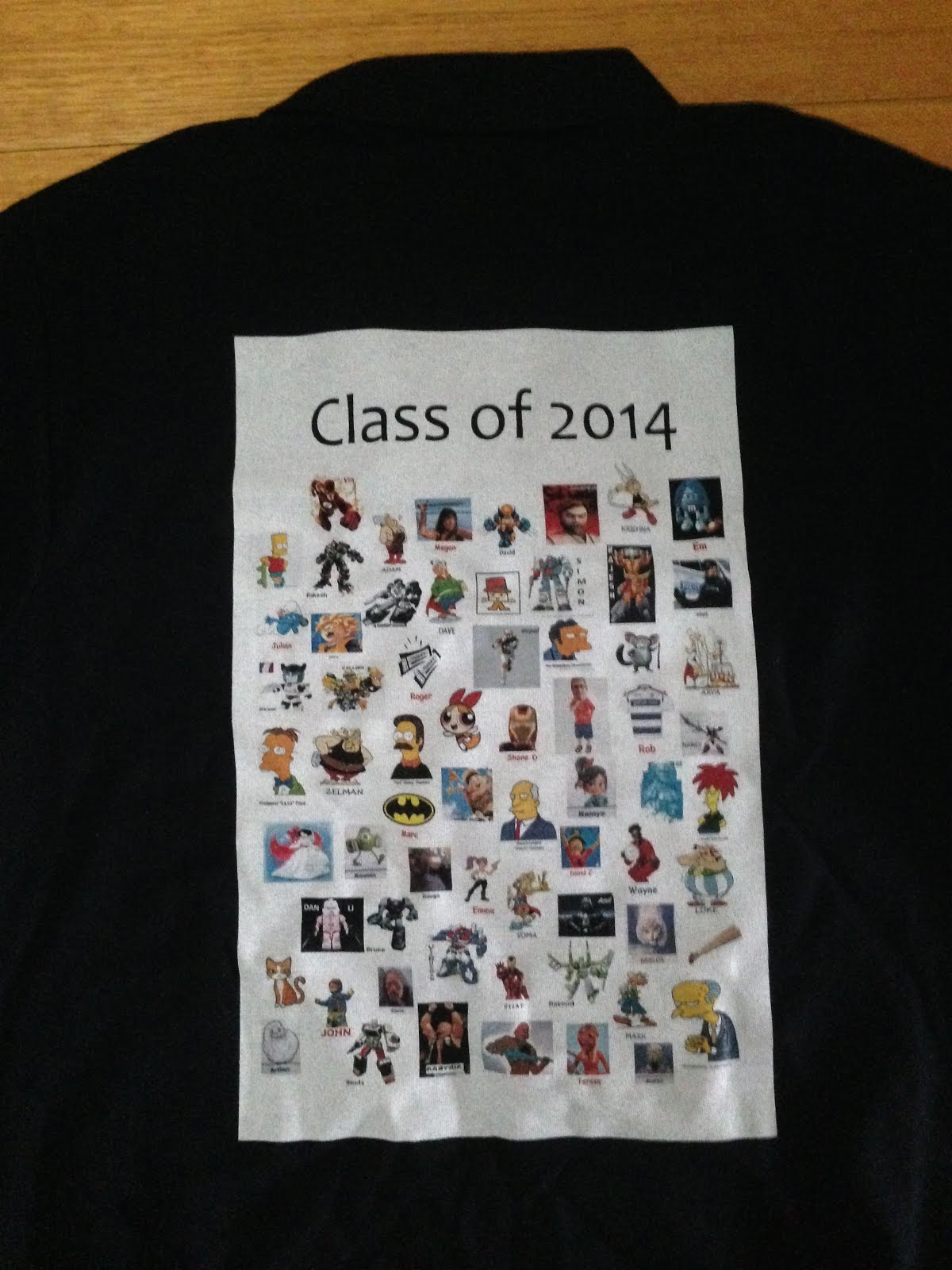 During the course of the remainder of the day various members of the team dropped by as I packed up my office.

So it was with a very heavy heart that I said goodbye to my amazing team. Their willingness to “drink the Kool-Aid” and come on this wild ride to launch Australia’s first SAFe Agile Release Train is something I will never be able to thank them enough for. It was an absolute pleasure to work with such a dedicated, driven and fun group of people. I can only hope that I am so lucky as to get an opportunity to work with such a great team again one day.

After two years at the helm,  I leave the EDW Release Train in the very capable hands of my friend and long term lieutenant +Megan Anderson. Thank you Megan for supporting me and the team through what has been a very emotional time. Look after my team and keep fighting the good fight.

As for me, its onwards and upwards. My “Adventures in Scaling Agile” will continue. I have joined forces with my good friend and ex-coach +Mark Richards to form an Agile Coaching and Training consultancy, Context Matters, with the aim of helping large Enterprises with Agile Transformations and hopefully change a few more lives for the better.